All manufacturers make claims for their product, but at Ecor Pro we want our customers to know they really are getting the best, most energy-efficient dehumidifiers there are. We work hard to create the best possible product, but we think you deserve an independent judgment.

Why we chose Valori

Valori founder Chris Netherton is an acknowledged expert in disaster management and recovery and has spent much of his working life teaching insurers, restorers and home owners about flooding. There’s not much he doesn’t know about flooding and about the best way to deal with it.

After spending many hours puzzling over the quoted figures from a variety of dehumidifier manufacturers, Chris realised that the AHAM (Association of Home Appliance Manufacturers) test was completely misleading and did not reflect the real world. In response, he invented his own, fully independent, test.

The search for an accurate dehumidifier test

As an engineer, Chris Netherton deals in facts, in figures and in provable statistics. Currently acknowledged across the industry as an expert in disaster recovery and flood management, his extensive experience includes working at the Royal Aircraft Establishment (RAE), a place where accuracy can be a matter of life and death.  At the RAE he served a five year apprenticeship as an instrument maker and a further four years as an apprentice master

Chris was intrigued by the figures he was reading in manufacturers’ claims about the efficiency of their dehumidifiers and studied the documentation carefully in a bid to find the truth behind the statistics.

It was then that he realised that the test devised by the AHAM (Association of Home Appliance Manufacturers) which claimed to give a 24-hour water removal rate was based on assessing the dehumidifier over six hours and then multiplying the figure by four.

“The real world isn’t like that,” Chris explains. “As the dehumidifier removes moisture from the air, the environment changes. You simply can’t apply that kind of false logic to come up with a 24-hour figure that is in any sense meaningful, particularly when you are replenishing any moisture that has been removed.”

Given his current role advising insurers, restorers and home owners about flooding – and, more importantly, about drying out a flooded home, Chris knew that the real measure wasn’t how much moisture could be removed over a certain time period, but how long it took to remove all the moisture from the wet building materials.

Using his engineering background and his passion for accuracy, he designed a way to see how long it took each of the dehumidifiers he was testing to dry out a completely saturated Thermalite block in a sealed cabinet. High quality scales, an industry standard damp meter and absolute attention to detail allowed him to devise a test that reflects real world conditions and gives an accurate result.

That’s why Ecor Pro is confident that when Valori says its dehumidifiers are the best in their category, it really is something to shout about.

When you want a dehumidifier to dry out your previously flooded home or business, you want to know that it’s going to do the job quickly and effectively.

At Ecor Pro we know that our desiccant range is the most efficient on the market – as well as being the most environmentally friendly.

But we know it’s not enough for us to say our products are the best. We want independent proof – and so do you.

Valori has been set up by Chris Netherton, an acknowledged expert in the field of disaster management and recovery and founder of a national learning resource that teaches insurers, restorers and home owners about flooding.

He realised that the widely accepted AHAM (Association of Home Appliance Manufacturers) test for dehumidifiers was not based on a real-world situation since it involved extracting moisture from damp air over a six-hour period and multiplying it by four to give a daily rate.

In the AHAM test, the moisture in the test vessel is continually being replenished, which leads to a misleading result, since in a real flood situation the environment continually changes as the dehumidifier does its job. The test also measures moisture collected from the air, whereas what you care about is the dampness of your building – floors, walls and ceilings.

Chris, whose extensive experience includes working at the Royal Aircraft Establishment, has now created a more realistic test based on saturating a Thermalite block, putting it in a test chamber with a dehumidifier and seeing how long it takes to dry out completely. If that sounds simple, it is. It’s what you want your dehumidifier to do, after all.

You can read more about the Valori test below.

At Ecor Pro we are confident that the Valori test is the most realistic and reliable accreditation standard for dehumidifiers, and one that insurers, restoration specialists and the public will understand.

We are also delighted that in recent tests, our Ecor Pro DH3500/EPD200 machine was judged ‘best in class’ by Valori after going head-to-head with a number of competitors.

So, if you are looking for accreditation that means something, look for Valori.

After realising that the AHAM test was unsuited to real world conditions and was not providing useful or useable information, Chris Netherton set out to design a method which would allow him to test different dehumidifiers.

He abandoned the ‘pint per 24 hours’ scale, not just because of the flawed logic but because desiccant dehumidifiers vent the moisture away, which means it can’t be collected and measured.

After designing a wooden cabinet that could hold a desiccant or refrigerant model, Chris soaked a Thermalite block for 24 hours, at which point it had sunk and gone from a dry weight of 7kg to a wet weight of 9kg, representing 2kg of water absorbed.

He then used the different dehumidifiers to dry out the blocks fully, testing four different machines twice each. On each occasion the dryness of the block was checked using an industry standard damp meter and by checking it had returned to its pre-test 7kg weight using high quality scales.

The test showed that the refrigerant model took 28.2hours to return the block to its dry state, while the desiccants took 26.2 hours, 24.2 hours and 21.5 hours – that lowest figure having been recorded by the Ecor Pro DH3500/EPD200.

The most effective machine – the DH3500/EPD200 – proved to be 31.16% faster than the refrigerant dehumidifier, a difference that would be particularly significant when applied to an entire building made of many thousands of similar bricks.

Unlike the AHAM (American Home Appliance Manufacturers) test, which was designed by the very manufacturers who are responsible for the machines they are testing, the Valori test is run by the independent Valori research institute.

Chris Netherton’s achievements in the field of disaster management and recovery include setting up the National Flood School, a body that has led the way in providing training in fire and flood restoration for several decades. The Flood School included Europe’s first purpose-built ‘flood house’, which can be flooded with 7,000 litres of water to support realistic training exercises. That construction is approved by industry-leading training body the Institute of Inspection Cleaning and Restoration Certification.

Get in touch with us 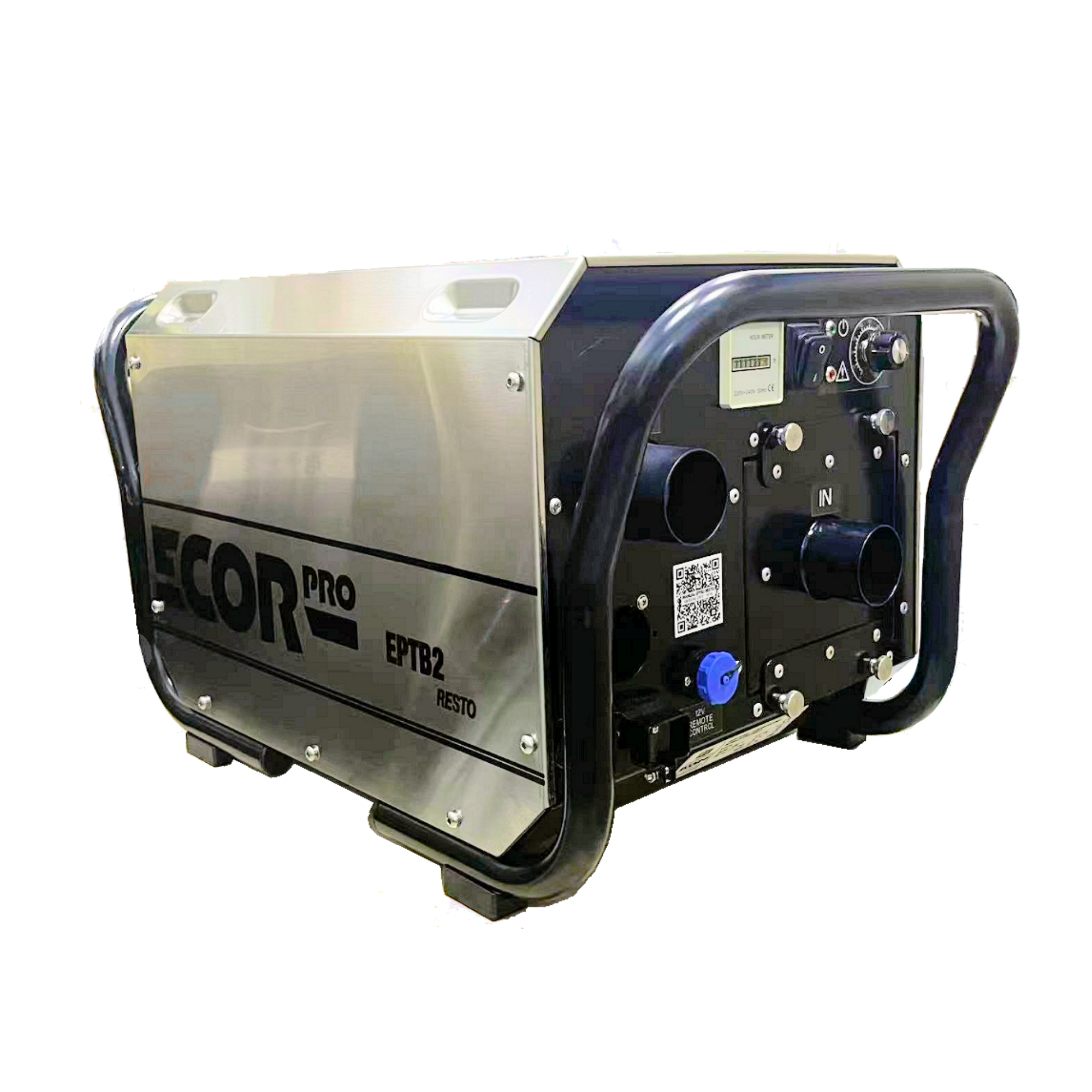 Protect your investment with Ecor Pro

Your boat is valuable – but vulnerable. A dehumidifier from Ecor Pro will help keep it dry and prolong its life. 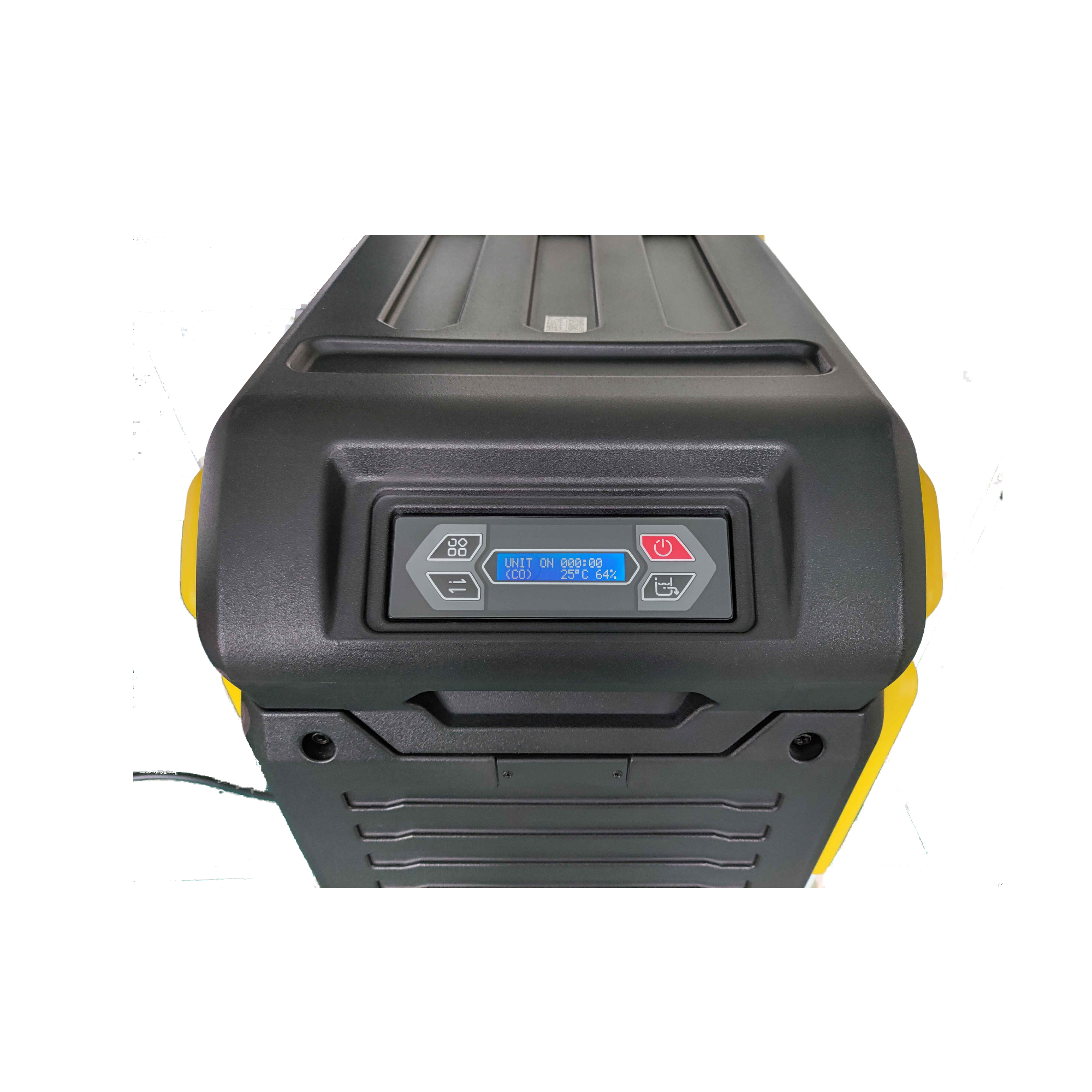 Leading the way on climate change

We wanted to help make the right products for the restoration professional.  See how our input helped to creat the best in class desiccant model.

Learn about the products

We don’t just focus on the restoration market we help in other applications too so we asked Valori for help to create the best boat dehumidifier.